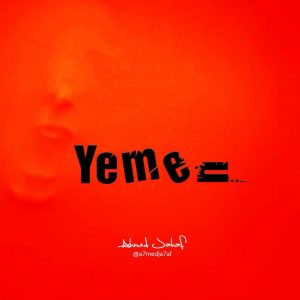 Hi Ahmed! It’s great to hear you will be involved in Art the Arms Fair this year. Could you tell us a bit about yourself?

Ahmed Jahaf, 29 years old, married and I have two children. I am a Graphic Designer, media specialist and political artist, and my artwork is inspired by and focused on the Saudi-led coalition war on Yemen since 26 March 2015 until today. I live under bombardment & blockade in Sana’a, the capital of Yemen.

What made you get involved in Art the Arms Fair?

The main objective that made me get involved in Art the Arms Fair is to deliver a message about the war on Yemen and the British role in the war, especially the British arms deals between Saudi Arabia and the UAE which are used to kill the Yemeni people. Also, the great turnout at the exhibition in 2017 – this is a great opportunity for me to participate in.

Tell us a bit about the art you’ll be sharing through our exhibition this year.

There is a simple design where I used only a few elements such as the famous Big Ben clock, symbolising Britain, and integrating it with the rocket (with blood under it), which represents arms deals. Simple symbolism, all about stopping British arms deals. 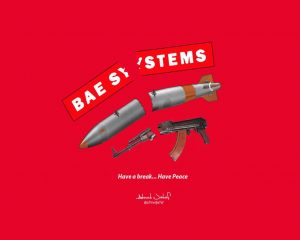 How have events in your life influenced the art you produce?

In 26 March 2015, a coalition of countries led by Saudi Arabia is bombing & imposing a blockade on Yemen with US/UK & EU supports, so I decided to work to break the media siege on Yemen, leaving commercial designs such as logos and motion graphics and started to design what was happening around me and using my artistic talent to garner publicity around the ongoing situation.

I made art designs against the war because I wanted to show the world what’s happening in Yemen. I feel that pictures deliver the message to others faster. Art has become a talent for me because of the war, the fear, and the suffering. In my artworks there are only two words: “WAR & PEACE”. I’m just trying to show the ugliness of war, this is what happens by war while the world is watching in silence. This is my way to to protest against the injustice of this forgotten war and for peace. I’ve been given huge moral support and encouragement for many activities from UK, France, Germany, Spain and US, from the very beginning and still until today.

What artists have particularly inspired you? 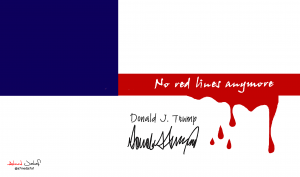 Artists who can deliver the message with simple, uncomplicated elements.

What do you think about ‘artivism?’ Can art help us create change in the world?

Art is not only a form of expression, but also resistance. We cannot stifle the flame of inspiration within us/others/let anyone else do so.

What are some takeaway feelings or actions you’d like to inspire in others with your art?

I hope that all artists will participate in works that convey the image of peace to all the people of the world. Art works to renounce racism and sectarianism and that each group has freedom and sovereignty but without aggression against the freedom and rights of others. 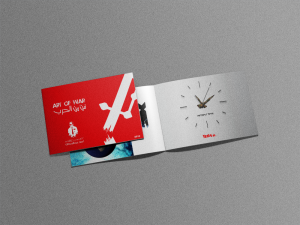 If you could have a conversation with any artist from any time in history, who would it be?

Please visit his website and support his work here: https://ajahaf.com/